John Fitz is my superstar ophthalmologist! Dr. Fitz’s education, experience, and brilliant mind help him to go the extra mile in treating even difficult eye issues. In fact, when I had an unusual situation, he encouraged me to get a second opinion (which I did—a couple of opinions, actually). They were no different from his own diagnosis so I returned to him where I have always felt safe and secure that he is doing the very best for me. Dr. Fitz’s compassion, motivation, and determination enable him to provide excellent eye care for everyone!
-Jackie 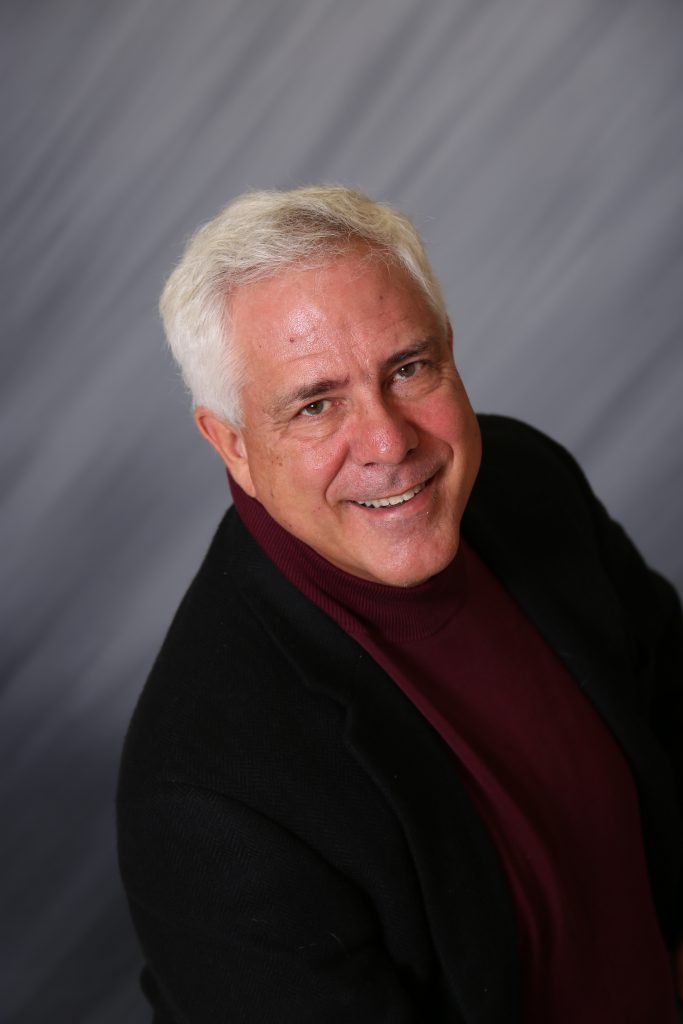 Dr. Fitz established Precision Eye Care in 1986, being the first full time Ophthalmologist between Cape Girardeau and the St. Louis metro area. Although his practice is considered comprehensive, he has special interests in cataract surgery and the management of glaucoma, both medical and surgical. He is also experienced in refractive surgery, such as LASIK, PRK, RK, etc, having performed refractive procedures for over 20 years. As one of the first practices in Missouri to have access to femtosecond laser assist cataract surgery, he uses the most up to date methods for the correction of presbyopia and astigmatism, including toric and multifocal lens implants, with experience with FDA approved techniques and lenses used for this purpose. 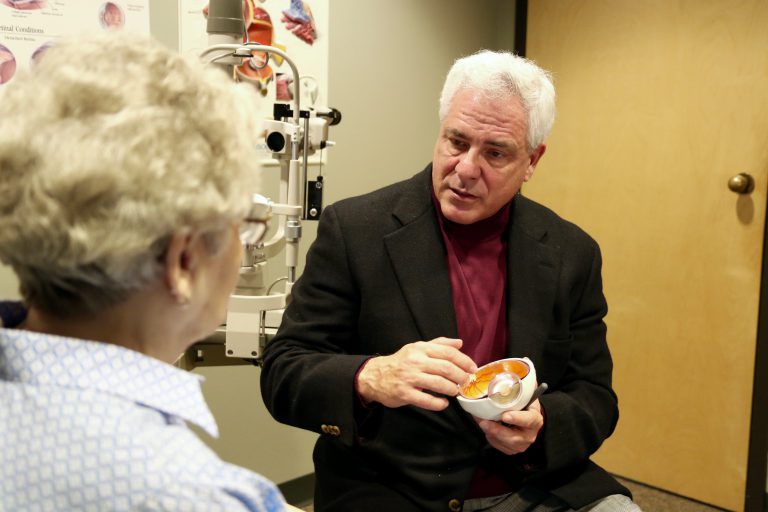 He was a founder and is currently the president of the Surgery Center of Farmington, established in 1999, that does high quality outpatient procedures at almost half the cost of a hospital based surgery. He is ABO certified, is a member of The American Academy of Ophthalmology, the Society of Cataract and Refractive Surgeons, as well as the Missouri State Medical Association and the State Ophthalmic Society.

He is a native of Farmington, graduating from Farmington High School in 1974. His grandfather, Sam Fitz, started Fitz Chevrolet/Buick in Farmington in 1936, and his father Tom Fitz then managed the dealership until it was sold to Auffenburg Chevrolet in 1988. His maternal grandfather was Dr. John Rutledge, who was engaged in the general practice of medicine from 1926 to 1981 in Crystal City, MO. Dr. Fitz graduated Magna Cum Laude from Duke University in 1978, and then graduated from the St. Louis University School of Medicine in 1982. He was granted membership in the Alpha Omega Alpha society, which was awarded to the top ten percent of students in his medical school class. He then completed a year of Internal Medicine at St. Mary’s Health Center in St. Louis. Dr. Fitz then completed his Ophthalmology residency at the University of Missouri in Columbia, finishing in the top ten percent in the Ophthalmic Knowledge Assessment Program testing (OKAP) given to resident physicians nationally.

See my profile on Healthgrades!

He resides in Farmington with his wife Suzie, and they are active in the community. He attends All Saints Episcopal Church, is actively interested in the local animal shelter and the local women’s shelter. He has hosted a local tennis tournament for 20 years and is active in a local theater group called “The One Nighter’s”. He enjoys playing golf, tennis, hiking, and travel. He is fascinated by history, both in reading and collecting. He has 3 children: Martin, who works in St Louis for Sapper Consulting. Harrison, who works in Scottsdale, Arizona for Yelp; Hillary Fitz, who is a graduate of St. Louis University and is a talented musician, as evidenced by her Facebook page Hillary Fitz Music. He has 2 stepchildren; Colby Scott, who works is a rural mail carrier. And Reid Lucas, who is attending Murray State University where he plays football.